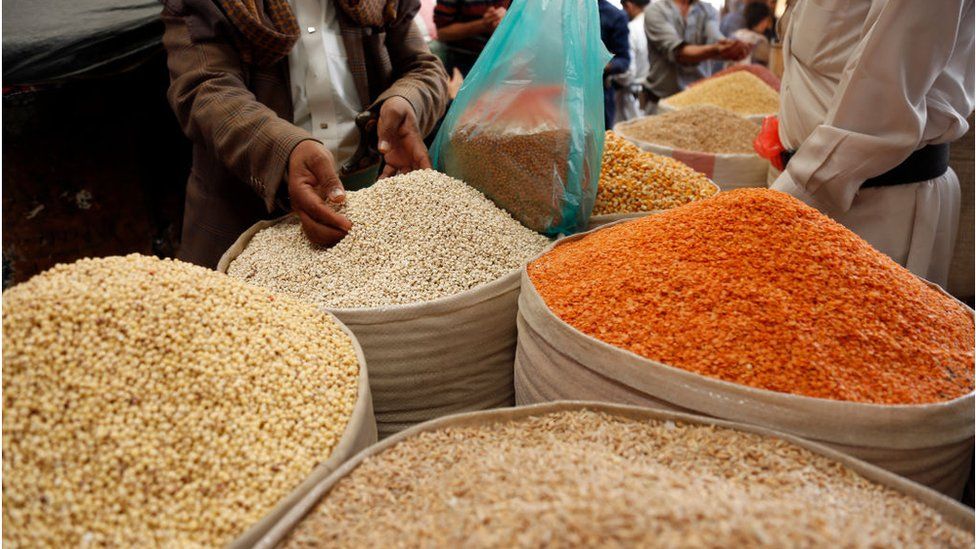 The GNA Tema Industrial News Hub Boardroom Dialogue is a media think-tank platform for state and non-state and commercial and business operators to communicate to the world and address global issues.
Speaking on the theme, “Effects of Russia and Ukraine war on the global economy: prospects and challenges for Ghana,” Mr Adam said to mitigate the effect of the war, especially the feared food shortage, the Government was looking for substitutes to fertilizer to enable farmers to produce adequate food for the country.
The Senior Economist said apart from the fertilizer-related issues, the war had also led to the shortage of some essential things including fuel, grains, platinum, as well as lithium, nickel, and cobalt which were metals used in electric vehicles (EV) batteries.
Mr Adam said Russia and Ukraine were among the world’s largest exporters of cereal crops and oils accounting for more than 30 per cent of global grain comprising wheat, maize, and barley exports.
He added that while Ukraine supplied half of all sunflower oil, and is said to be one of the world’s largest contributors to the World Food Programme (WFP) accounting for 40 percent of its wheat supplies.
He stated that the effect of the war which started on February 24, this year had brought in its wake a high cost of living due to high commodity prices pushing prices to record high across the globe.
He said it has also increased inflation rates of countries worldwide, saying the March 2022 inflation of 19.4 per cent in Ghana was the highest since August 2009, the US inflation of 8.5 per cent was the highest in 40 years, and that of the UK’s seven per cent inflation was their highest in 30 years.
Mr Adam explained that such high inflations had resulted in rising interest rates and their effects on the economies of the world, explaining that the US for instance increased its interest rate by one per cent, which was the highest in 22 years.

He said “as a result of this high cost of living due to the war, it is reported that more than two million Britons cannot afford to eat every day. Another report also indicates that about 1.5 million people in the UK will struggle to pay their bills.
“This statistic is similar across the world except that the UK published their fastest”.
The Senior Economist said this might likely trigger outflows of investments out of Africa and exacerbate the depreciation of African currencies.
In a related development, the Centre for Greater Impact Africa (CGIA) has called on the government to consider the Russia-Ukraine war as a potential blessing rather than blaming it for the country’s economic challenges.
The Reverend Dr Samuel Worlanyo Mensah, Executive Director of the CGIA explained that the war had championed an increase and an increment in crude oil prices on the international market, and Ghana being an oil-producing country could leverage it to make more money from the sale of its crude oil.

“It has also created a platform to generate more revenue, and by this time the Finance Ministry should have been telling Ghanaians how the country would make some extra 40 per cent on its annual oil revenue,” he said.
He explained that pushing the national economic woes on the ongoing war was just a political move rather than an economic fact.
GNA